CBD—short for cannabidiol—is a compound extracted from the marijuana plant that’s touted in ads as a way to relieve everything from chronic pain to anxiety to insomnia. Seemingly overnight, a dizzying array of products that contain CBD is now on sale in convenience stores and other retailers or online. They come in the form of ingestible tinctures (drops), oils, vaping liquids, lotions, sprays, capsules—even gummy bears. CBD is in beauty products, chocolate bars, popcorn, peanut butter, and dog treats. You can order a CBD-laced latte or get a CBD-infused massage.

Americans are clearly intrigued: The number of Google searches for “CBD” or “cannabidiol” has increased well over 100 percent annually since 2017 in the United States, according to a study led by University of California, San Diego, researchers and published online last October in JAMA Network Open. There were 6.4 million Google searches in April 2019 alone, which far exceeded the number of searches for other health topics like “diet,” “exercise,” and “meditation” during the same period.

Is it pot or not?
CBD is one of the more than 100 chemical compounds known as cannabinoids that come from marijuana or its close relative hemp (both are varieties of the plant Cannabis sativa). But unlike another well-known compound from the marijuana plant, tetrahydrocannabinol (THC), CBD doesn’t get users high. THC produces intoxicating effects when smoked or consumed, such as in brownies or other “edibles.” CBD doesn’t have the same effect as THC on the brain.

Hemp also contains a very small amount of THC and is grown for a number of uses, such as making paper and cloth. Hemp is also used as an ingredient in an increasing number of foods and beverages. Hemp is a rich source of CBD. By U.S. law, CBD products (sometimes labeled “CBD oil” or “hemp oil”) derived from hemp plants can contain no more than 0.3 percent THC by weight.

Fuzzy legal status
Federal and state laws are at odds with one another over CBD’s legal status. The federal 2018 Farm Bill gave U.S. farmers the OK to grow and sell hemp. Yet the U.S. Food and Drug Administration (FDA) has approved the use of only one form of CBD, a prescription-only oral solution called Epidiolex, for prevention of epileptic seizures. Because the FDA deems CBD to be an investigational drug, the agency forbids its sale in dietary supplements and foods. (The FDA doesn’t regulate ingredients in beauty products, and so far using CBD in cosmetics isn’t restricted.)

To confuse matters further, states often override federal laws, and most allow the sale of products containing CBD oil derived from hemp, though in some states you may need to obtain a note from your doctor and purchase products at a special dispensary. Also, the types of CBD products you can buy depends on where you live. For example, Massachusetts forbids the sale of foods containing CBD, while neighboring New York permits CBD edibles. Three states—Idaho, Nebraska, and South Dakota—prohibit the sale of cannabis products, although CBD sometimes falls into a gray area of the law. It’s safe to say that state and federal regulators are still sorting out CBD’s legal status, so laws throughout the country will likely evolve.

What might CBD do for you?
In 2018, the FDA approved Epidiolex for reducing seizures in people with two rare but severe forms of epilepsy. All other alleged health benefits linked to CBD are unproven, despite claims on package labels. Animal studies indicate that CBD appears to have some medicinal properties, such as tamping down inflammation (at least in mice!). As yet, there’s no robust scientific evidence to support most health claims.

Here’s what we know about some of the more common reasons people use CBD:

Not to be taken lightly
Reviews of multiple small-scale, short-term human studies have found that pharmaceutical-grade CBD is generally safe, but the high-quality products used in most studies may differ from those in over-the-counter CBD products. The World Health Organization (WHO) stated in a 2017 report that “in humans, CBD exhibits no effects indicative of any abuse or dependence potential. … To date, there is no evidence of public health-related problems associated with the use of pure CBD.” However, the FDA says that evidence is insufficient to deem CBD safe when used as an ingredient in human and animal food.

Despite the WHO’s assessment, CBD is not risk-free. If you decide to try CBD, always talk with your doctor first and bear in mind the following potential concerns:

And there’s another risk to be aware of: If you use a CBD product (with the exception of Epidiolex), you might test positive for marijuana on a drug screening.

How to buy CBD

If you decide to try CBD, it’s important to keep in mind that the fast-growing market for products is largely unregulated, and not all products may be safe. Try to buy CBD from a licensed dispensary if one is available in your state. These establishments, which also sell marijuana, are required to label CBD amounts in their products. Also:

The bottom line
There isn’t enough evidence yet to recommend CBD for any medical use aside from the epileptic conditions it’s approved for. More research is needed to establish CBD’s safety, including safe and appropriate dosages, interaction with drugs and foods, and other potential side effects. Until then, it pays to approach CBD products with healthy skepticism.

What You Can Do to Reduce Esophageal Cancer Risks 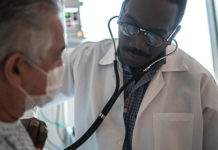 Getting a Handle on Heart Failure